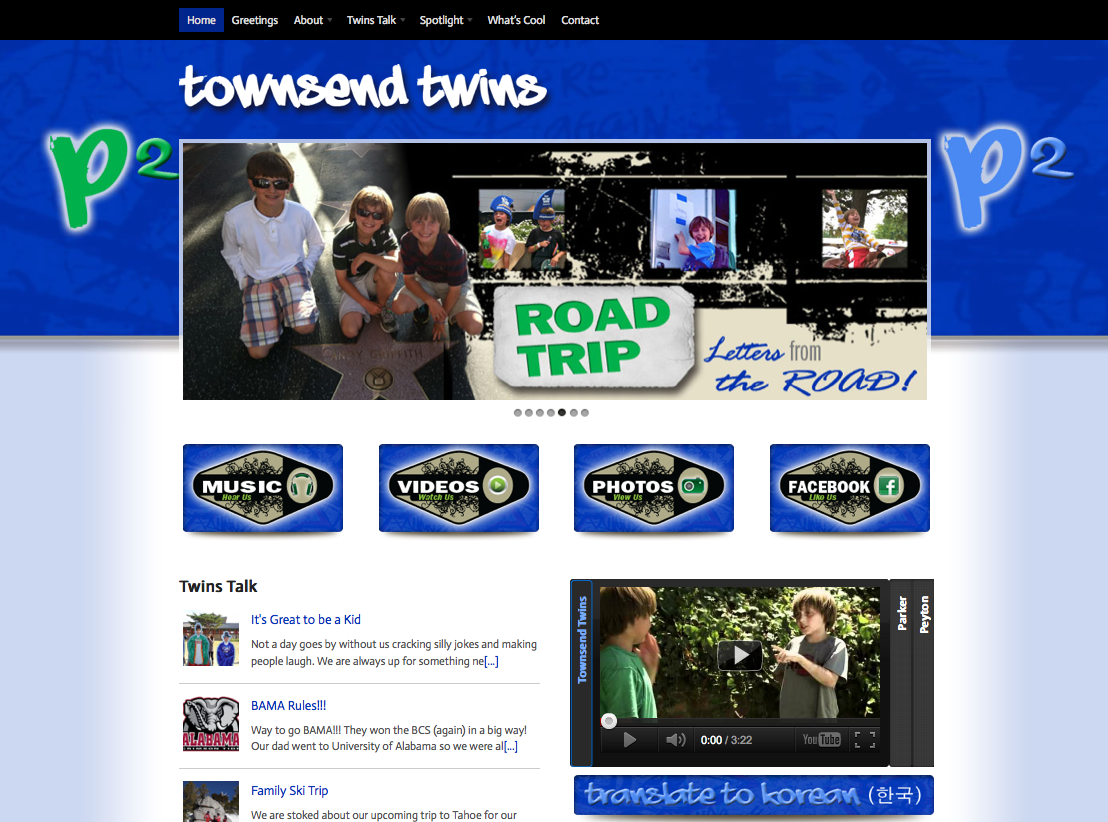 Parker and Peyton Townsend were discovered by Evolution during an ‘open call’ that the boys attended. They were quickly noticed and entered the Talent INC competition in Orlando, FL. With great reviews everyone knew their career was on the fast track.  They were selected for featured roles in the Korean movie Pa-Pa where they also learned to play music and sing. The movie is scheduled to premiere in Korea in early February and is scheduled to reach the states in the summer of 2012. The boys have enjoyed every minute of this fast paced life and look forward to what’s ahead.

Their new website was recently launched and can be found at townsendtwins.com. They are excited to connect with their fans through their website by releasing news of what is going on in their lives. Fans will get an inside look at their life as kids, actors, and singers. Their songs have been recorded and released on the website and are available to download for a nominal fee.

We are so proud of their accomplishments and look forward to seeing them advance their career through the connections that Evolution can provide into the ‘world of acting’. Good luck guys!!