Coy Stewart was introduced to Evolution by one of our dear colleagues Ericka DeAbreu of DeAbreu Modeling Consulting.  Coy signed with Evolution in 2009 and through the efforts of DeAbreu and Evolution working as a team, we were able to get him developed and into our national network.

Working as a Team, We Were Able to get him Developed and Into Our National Network

Through this network we negotiated contracts for Coy with Frontier Booking in New York, The Greene Agency and MC Talent in Los Angeles.

Behind every successful child actor is an amazing family.  Derek, Keisha and Chase committed to stand behind Coy no matter where his journey led.  His first summer in New York, Coy booked an off Broadway show called a Raisin in the Sun.  He also landed the role of Marcus on The Electric Company.  Things moved very quickly for this young actor and he landed the role of Kevin on the popular TBS series Are We There Yet, only a few months after meeting DeAbreu and Evolution.  Coy is currently on the Nickelodeon series Bella and the Bulldogs playing the lovable Troy.

No matter how much success this family has achieved, they always make time to stay involved with our company.  They are always so willing to come back home from Los Angeles to meet our new up and coming talent and give them encouragement and advice. 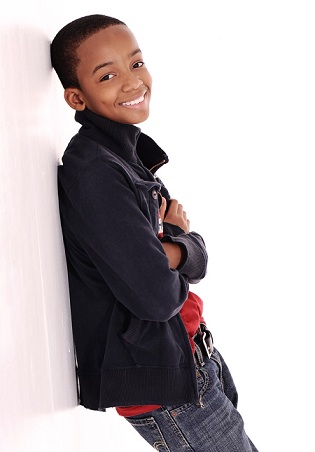