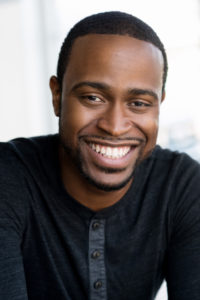 Born in the small town of Hallsboro, N.C., Joshua developed a passion for the craft during early childhood imagining himself starring in films right in his backyard. After not only participating, but winning awards in high school and university theatre productions, earning a minor in Theatre and majoring in Broadcasting, Joshua honed his skills and continued on to bigger and better film opportunities in Wilmington, NC. While doing background for multiple tv shows and movies, he absorbed all that he could as well as networking. He signed with Evolution Talent Agency in 2015. Joshua has booked many projects from commercials such as RITZ, VA Lottery, Lowe’s and Home Depot to name a few to major feature films and TV shows such as Harriet and The Good Lord Bird.