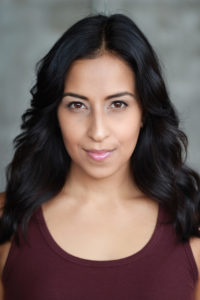 Melanie grew up in Long Island, NY and began acting and singing as a young girl. She performed in numerous theatrical productions from elementary school through college and received her BFA in Musical Theatre at Five Towns College. She attended an open call at Evolution in July 2014 and was signed that day. Melanie has gone on to book National spots, playing the role of Denise Pena on CBS’s MacGyver, and most recently co-starring in a Tax Slayer’s campaign airing in 2020. Melanie has booked numerous commercials, industrials, and print campaigns and has grown her resume tremendously with Evolution’s help. She continues to grow as an actress daily and aspires to build more industry relationships here in the southeast and Los Angeles as well. Melanie hopes to land recurring roles on network television and continue to make her passion her living. She feels immense gratitude for all the opportunities that Evolution has afforded her and continues to. Evolution placed her with Rage Talent in LA to help continue grow her team!