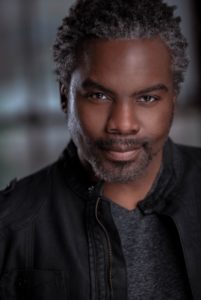 Swift got his start in acting, by being a stand in for Tyler Perry on a show called “The House of Payne” and has gone on to do so much more! He is now a full time working Actor in the Atlanta market. He recently booked a Principal role in the new Lady and the Tramp movie on Disney+. You can catch him co-starring in television shows like, Boomerang, Doom Patrol, Queen Sugar, Good-Girls, The Game, just to name a few! Evolution recently placed Swift with Take 3 Talent in New York City to expand his team. Keep an eye out for Swift on his new re-curring role in the Hulu original series, Reprisal.